Hell is where most demons reside. It is said that Hell lies beneath Daten City, for one of Hell's Gates is placed in the heart of Daten City, in between the twin-like towers. Demons who live in Earth Such as Corset have been trying to break Hell's Gate's seal in order to release The Other Gods in order to take over Earth and Heaven. Their recent attempt ended in a failure. 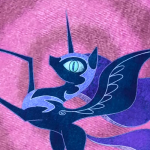 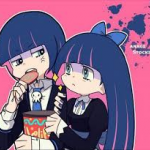